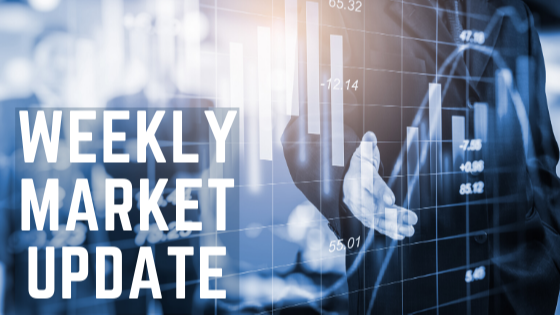 Gas Drives Headline Inflation To 40-Year High: Are We Near The Peak Yet?

The Bureau of Labor Statistics released the February Consumer Price Index (CPI) data this morning, showing headline CPI climbed 0.8% month-over-month while core CPI, which excludes volatile food and energy prices, rose 0.5% month-over-month, both around consensus estimates. The one-year increase in headline CPI, at 7.9%, is the highest since early 1982, reflecting ongoing supply challenges in the face of continuing strong demand and the increase in commodity prices (which started to spike towards the end of the month as a result of the Russian invasion of Ukraine).

“The latest CPI numbers actually came in around consensus but showed a big 6.6% month-over-month spike in gasoline prices” explained LPL Financial Quantitative Strategist George Smith “The longer the Russia-Ukraine war and related commodity crunch continues the more likely it’s looking that headline inflation in March will be over 8% as the effects of higher prices continue to filter through.”

As shown in the LPL Research Chart of the Day, headline year-over-year inflation had already exceeded the inflation spikes seen in 2008 and early 1990s and is at the highest level since 1982 when the U.S. was recovering from the inflationary environment that peaked in 1980 at 14.8% year-over-year (while the fed funds rate peaked at 19%!). The real fed funds rate (the fed funds rate minus inflation, here as measured by trailing year CPI) is at a record low of -7.9% and well below what economists have historically considered a “neutral rate” of around 1.5% to 3.5%. We have been in an environment since the 2008-2009 Great Financial Crisis where inflation has generally been higher than the fed funds rate and we don’t expect that to end any time soon even after inflation slows and the Fed hikes rates.

There was little consolation in the “core” inflation reading (which excludes the volatile, and Ukrainian invasion affected, food and energy components). While a little tamer, it still rose 6.4% year-over-year, its highest reading since 1982 as well.

Continued increases in the housing component of CPI, up almost 0.5% month-over-month, will be a particular concern for the Fed decision makers as this is one of the more ‘sticky’ components. Better news in the used vehicle category that saw a month-over-month decline (-0.2%) for the first time since September 2021; however prices are still up over 41% year-over-year. The only other category to decline month-over-month was electricity, which fell 1.1% but only following a large spike in January. The food at home category (groceries) saw a notable rise of 1.4% month-over-month, the largest increase since September 2021, as the higher input costs already started to translate to higher prices for consumers.

Increasingly large month-over-month CPI increases that occurred in the period of March to June 2021 will soon be providing a much friendlier comparison for year-over-year figures. For this reason we expect that the core CPI may be at, or nearing, its peak but the commodity price shock from the Russian invasion of Ukraine will likely see the March headline CPI even more elevated.

These CPI numbers will no doubt get a lot of attention given the multi-decade highs and how close this report is to the Federal Reserve’s (Fed) Federal Open Market Committee (FOMC) meeting next week, but we do not expect this report to meaningfully change the upcoming Fed rate decision. Fed Chair Jerome Powel has told Congress that he will get inflation “back under control” but also that considering all factors he favors a 25 basis point (0.25%) increase at the March FOMC meeting. Any outcome outside of this now would likely cause large market gyrations that the Fed is likely looking to avoid.

We continue to believe that as supply and demand are brought back into balance, price pressures should start to subside and that the long-term forces limiting inflation, such as globalization and more importantly technology, will prove stronger than the current inflationary pressures.

This material is for general information only and is not intended to provide specific advice or recommendations for any individual. There is no assurance that the views or strategies discussed are suitable for all investors or will yield positive outcomes. Investing involves risks including possible loss of principal. Any economic forecasts set forth may not develop as predicted and are subject to change.

References to markets, asset classes, and sectors are generally regarding the corresponding market index. Indexes are unmanaged statistical composites and cannot be invested into directly. Index performance is not indicative of the performance of any investment and do not reflect fees, expenses, or sales charges. All performance referenced is historical and is no guarantee of future results.

Any company names noted herein are for educational purposes only and not an indication of trading intent or a solicitation of their products or services. LPL Financial doesn’t provide research on individual equities. All information is believed to be from reliable sources; however, LPL Financial makes no representation as to its completeness or accuracy.

All index and market data from FactSet and MarketWatch.

This Research material was prepared by LPL Financial, LLC.

Insurance products are offered through LPL or its licensed affiliates.  To the extent you are receiving investment advice from a separately registered independent investment advisor that is not an LPL affiliate, please note LPL makes no representation with respect to such entity.